S1mple named as CS:GO Player of the Decade by ESL 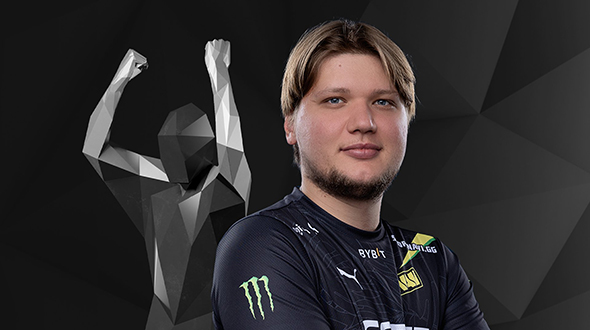 For many years now, Counter-Strike: Global Offensive has been one of the most popular titles in international esports, with millions of players around the world competing in matches every day. The CS:GO Majors consistently rank among the most-watched esports events and some of the best players have grown into full-blown celebrity status, thanks to their styles, their characters, and of course, their victories. According to the Electronic Sports League (ESL), the premier professional CS:GO league in the world, and a panel of 75 top Counter-Strike players though, no player has been more successful this decade than Oleksandr “S1mple” Kostyliev. The 25-year-old Ukrainian, who plays as the AWP for Natus Vincere, was voted ESL Player of the Decade right before the semi-finals of the Intel Extreme Masters (IEM) in Rio de Janeiro, Brazil.

Seeing as the world of international esports is still quite young, being named the best Counter-Strike: Global Offensive player of the decade is a big thing. S1mple got his first experiences as a pro all the way back in 2013, when he was just 16 years old, as a rifler for the LAN Dodgers. A year later, the Ukrainian prodigy booked his first major success by beating Fnatic in the grand finale of DreamHack Winter 2014. It was not until two years after that highlight that he would join Natus Vincere, the Ukraine-based team with which he has since then become practically synonymous.

With NaVi, as Natus Vincere is commonly known in the world of CS:GO, S1imple won various titles and tournaments, including the BLAST Premier: Global Final in 2020, the Intel Extreme Masters XVI in 2021 in Cologne (Germany) and more recently, the BLAST Premier: Spring Finals 2022. His biggest successes with the Ukrainian organization though, were the victories in the ESL Pro League Season 14 and at the PGL Major Stockholm 2021. That last one also brought NaVi a cash prize of one million USD, up until now the highest amount of prize money won by the organization in a single tournament.

Having said that, the team did not perform as hoped at the Intel Extreme Masters in Rio, where they fell to the Brazilian esports organization FURIA in the quarterfinals. While the Ukrainians managed to win the first map 16-14 (Nuke), they were dominated on the subsequent two maps. Both Ancient and Mirage ended in 10-16 victories for FURIA, which represented a big disappointment for Natus Vincere and its fans as the team was seen as one of the heavy favorites for the title.

“I feel good about getting the award, although the Major trophy was important for me this time,” S1mple declared after receiving the Player of the Decade award in Rio, “And I still think that there is one player that deserved this award as much as I did – dev1ce. I will try my best to achieve the same results as he did. There’s no limit to perfection”.