The new Fortnite season is here! 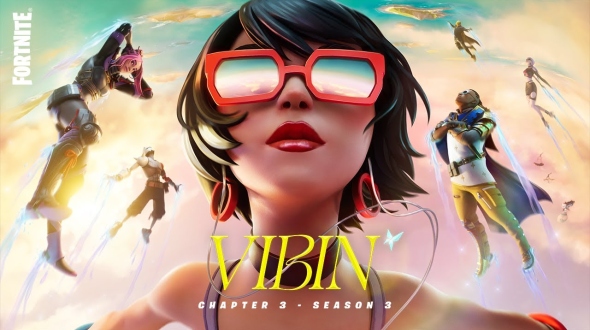 After months of speculation and anticipation, the third season of Fortnite Chapter 3 was finally released last week. A few days after the second season of Chapter 3 ended, players could already get their hands on the next instalment in the hugely popular free-to-play battle royale game. As was the case for earlier releases of previous seasons, developer Epic Games has once again made plenty of changes and adjustments to the Fortnite island. The newest season will be titled “Vibin’”, as the story will revolve around this exactly: good vibes.

Harmony as the new normal

As you probably know already, the Fortnite adventure consists of different Chapters and each Chapter in turn is divided into different Seasons. The newest Season, for example, is actually Season 3 of Chapter 3. A Season usually takes several months to run its course and ends with a special mission. To give you an example: for the end of the last season, the special mission consisted of players destroying enemy units with the help of a giant robot.

Now that the enemy has been defeated, peace and quiet seem to have returned to the island once again. Hence the title of the new season, because the vibes on the island have completely changed since the last special mission. Epic Games added a Rave Cave, for example, fully equipped with thumping music and neon-lit floors, while players can also choose to pay a visit to the island’s brand-new amusement park, including rollercoasters. The well-known Fortnite Ballers, small vehicles in the shape of a ball with a seat for one person inside, are used to ride the rollercoasters and can be found all over the island.

There is also a whole new area that at first glance looks like a massively large festival space, like Tomorrowland or Burning Man. This area has been named “Reality Falls” and is completely fluorescent, which results in very brightly colored surroundings. At the center of Reality Falls, players will find a giant luminous tree smack in the middle of a field of giant mushrooms. The function of these mushrooms has not been revealed yet, but we do know that players can plant special seeds in Reality Falls to grow new trees. After a while, various in-game items will start to grow on these trees, including weapons and armor, which players can then use for their own game.

Taming beasts and saving up for Darth Vader

In previous seasons, the wild animals on the Fortnite island were largely a source of additional worries, but this has changed for Season 3 of Chapter 3. In the newest Season, players can actually jump on the backs of wild boars and wolves to tame and then ride them. This increases the moving speed of playable characters considerably, while still allowing for shooting at enemy forces.

Vibin’ also introduces a host of novelties, seven to be exact, in terms of playable characters for owners of a Battle Pass. The most coveted new character is undoubtedly the ultimate Star Wars bad guy Darth Vader, who can be unlocked by reaching level 90. Epic Games have also announced that they will be releasing a playable Indiana Jones character over the summer as well.