The International 2022 amongst 3 most-watched Dota 2 events ever 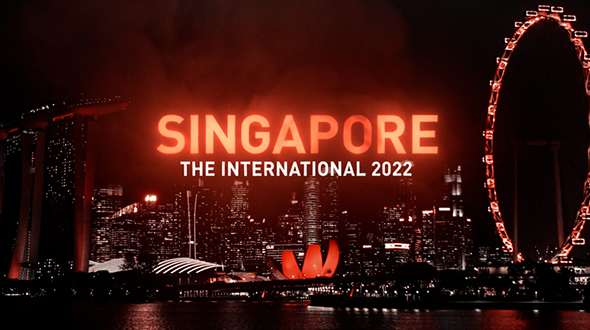 The International needs no introduction for fans and players of Dota 2, but just in case you’re not as familiar with the hugely popular multiplayer online battle area game, here’s why it’s important. Every season, The International is the concluding tournament of the Dota Pro Circuit and Dota 2’s largest event of the year. It’s an invitation-only league and the invited teams are determined by a points system based on official sponsored Regional Leagues and Majors.

Why are we telling you this? Because The International 2022 just took place and it ended up being one of the most-watched Dota 2 events ever. No less than 1.7 million unique viewers witnessed this year’s final between Tundra Esports and Team Secret. While a lot, the total viewership numbers do chase the total number of viewers last season, when about 2.7 million viewers tuned in at the peak.

While the overall performance of the event in terms of viewership looks good with The International recording the third-most unique viewers ever, you could be forgiven for noticing the considerable drop in numbers compared to last year. Context is key in this case though, as several factors are likely to have influenced viewership numbers considerably this year. For instance, while The International 2022 drew almost one million viewers less than the previous edition, the total number was down by “only” 200.000 in comparison to the International 2019, the last edition with a live audience before this year.

Also, viewership statistics are far from complete. Esports Charts, provider of esports analytics, does not monitor Chinese online viewership, for example, as data from China is considered very unreliable due to the high likelihood of censorship and state intervention. There was also the viewership from Russian-speaking countries that dropped from about 1.2 million in 2021 to around 700.000 this year. While not officially verified, Russia’s ongoing invasion of the Ukraine is expected to be the cause of this decline.

Besides the lower viewership numbers compared to last year, the prize pool for The International 2022 was considerably smaller in comparison as well. While the 2021 edition boasted a total of $40 million in prize money, this year’s prize money “only” reached $18 million, representing a decrease of just over 120%. The reason for this is well-known though, as it has to do with changes that have been made to the game’s Battle Pass system over the past season. In regard to previous edition of The International, the Battle Pass was released several months before the start of the tournament and 25% of all sales went directly into the prize pool for tournament. For the current edition, Battle Passes only became available for purchase one month ahead of the event, leaving less time for Battle Passes to be purchased and for the tournament’s prize pool to be filled further.