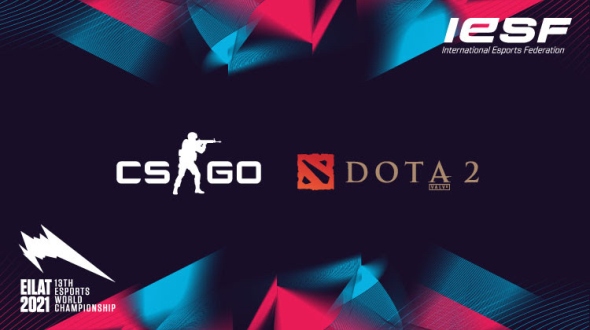 The International eSports Federation (IESF) has announced that DOTA 2 will return for the IESF 13th eSports World Championship, its flagship international competition which will take place in Eilat (Israel) and that it will welcome the newly featuring Counter-Strike: Global Offensive.

DOTA 2, published by Valve, enjoys enormous global Esports popularity. The DOTA Pro Circuit, with Valve’s “The International” tournament, has seen crowdfunded prize pools in excess of $30 US million, making the game one of the most lucrative in eSports. Counter-Strike: Global Offensive (CSGO) is a multiplayer first-person shooter genre developed by Valve and Hidden Path Entertainment. It is the fourth edition in the long-standing Counter-Strike series, one of the biggest eSports titles in the world for two decades.

Eilat was chosen as the host city of the IESF’s 13th eSports World Championship, following the cancellation of the global finals event in 2020. The format of the competition will be similar to last year’s as the World Championship’s Regional Games will be held online and the best players and teams will be participating in the offline Global Finals.