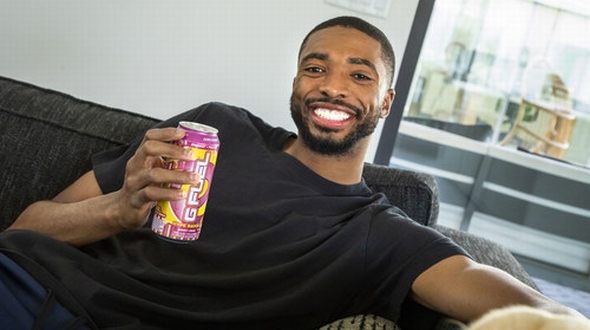 Stellar Phoenix Wing Mikal Bridges has signed a multi-year contract with G FUEL and joined The Official Energy Drink of eSports elite roster of content creators. In addition to being an official ambassador for G FUEL both on and off the court, Mikal Bridges will be featured on in-store marketing throughout Arizona.

"Mikal Bridges is a true rising star in the league, and we're beyond proud to welcome him to our G FUEL roster," said G FUEL Founder and CEO Cliff Morgan. "We're confident that Mikal will be a phenomenal ambassador for our brand as he continues to compete – and dominate – at the highest level."

"I'm ecstatic to join the G FUEL team and I'm looking forward to being an ambassador for years to come," added Bridges. "I love G FUEL products so I'm happy to align with the brand." The 25-year-old has earned a reputation as an "Iron Man," playing 337 straight games for Phoenix and not logging a single absence in four years of professional play. Including his three collegiate seasons – during which his team won two National Championships – Bridges has played 453 consecutive games.