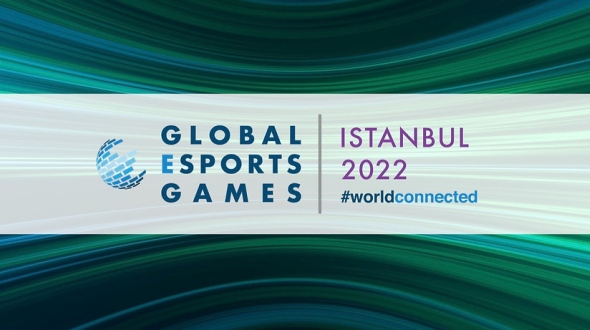 The Global Esports Federation (GEF), as one of the convening bodies for esports worldwide, organizes several events throughout the year and one of the major ones each year are the Global Esports Games. This multi-title international esports competition, which takes place in December every year, features professional esporters from all Member Federations and was organized for the first time last year in Singapore. When this inaugural edition of the Global Esports Games was announced back in May of 2021, the GEF also announced dates and locations for the next two editions. This year, the event is taking place in the Turkish metropole of Istanbul and the organization has just announced the four titles to be featured this year.

In Singapore last year, the Global Esports Games featured three titles, as well as demonstration event revolving around Active Esports and a non-contact virtual martial arts event called Freestriker. The three games in which participants competed last year were DotA 2, eFootball PES 2021, and Street Fighter V. Those titles will be returning to the GEG this year, while PUBG (PlayerUnknown’s Battegrounds) has been added to the agenda. The Global Esports Federation confirmed the news this week as preparation for the big event is getting to the next phase.

“We are counting down to an exciting time at the Istanbul 2022 Global Esports Games," stated Alper Özdemir, President of Turkish Esports Federation, as the esports community was briefed on the current progress and preparations for the Games, “We look forward to welcoming our #worldconnected community to our great city, and the opportunity to showcase the future of esports”.

The Global Esports Games 2022, which will take place from December 14th to December 18th, are about more than just competitive gaming. Very much in line with the GEF’s mission to cultivate competition along with developing communities and the connection between sport, esports and technology, several other events will be organized alongside the GEG. These include GEFcon, the Global Esports Federation’s annual global convention of thought leaders from the worldwide industry of esports, GEFestival, a huge celebration of esports culture, art, music, fashion, entertainment, and youth.

At the announcement of Istanbul as the host city for this year’s Global Esports Games, Paul Foster, the CEO at the GEF, stated that “Istanbul 2022 Global Esports Games is going to be epic. Together with Alper Afsin Ozdemir, the President of TESFED and Board member, Talha Karatas, and leadership of Spor İstanbul, we are creating programs and plans for the second edition of our flagship global event”.

Naturally, Renay Onur, General Manager and Board Member at host organization Spor Istanbul, is equally thrilled about what’s to come. “The Global Esports Games in December will further establish İstanbul as an event powerhouse at the intersection of Asia and Europe. The possibilities are limitless, and the Organizing Committee is committed to providing our global community with the highly engaging Global Esports Games together with the Global Esports Federation”.