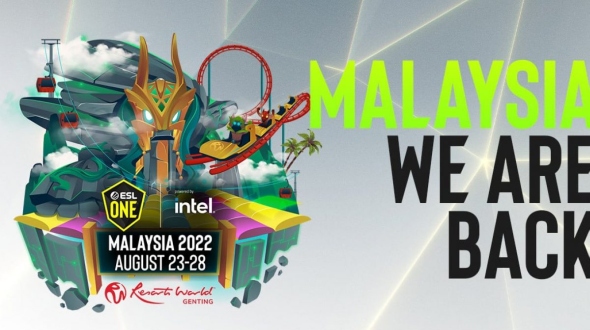 From August 23rd to August 28th, the ESL One Malaysia took place, one of this year’s major Dota 2 events and the third one that has been organized in Genting Highlands, on the peak of Mount Ulu Kali in the center of Peninsular Malysia, after the events in 2017 and 2018. Despite the abundance of homegrown talent present at the most recent edition, as well as the thousands of passionate local fans, it was European team OG that managed to clinch the coveted title. Chinese organization Aster put up a good fight in the final, but OG was simply too dominant this time round.

OG had to deal with Aster in the grand final of the ESL One Malaysia, much like they had to earlier this year, when both teams faced each other at the PGL Arlington Major in the semi-finals of the lower bracket. That encounter was won by the Chinese, but OG came out on top in Malaysia. Besides the prestigious trophy, this also meant raking in no less than $175.000 of prize money. As runner-up, Aster could still add a total of $85.000 worth of prize money to its bank account.

The final encounter at ESL One Malaysia got off to a slow start as both teams were clearly focusing on building up inventories for what was about to come. In the first half hour of action, OG and Aster combined for less than ten kills. OG then saw an opportunity when Aster’s Lin “Xxs” Jing failed to pop his Black King Bar, giving the Europeans an immediate advantage. Xxs still had Enigma though, which proved crucial in reducing the opponent’s advantage to a minimum after his earlier mistake. The Enigma helped Aster repel multiple OG attacks, which forced OG to try and lure Aster out of its base. Punting on second lives, including buying back their whole team to get an Aegis of the Immortal, eventually helped them to victory in game one.

The momentum of the first win proved to be decisive for OG, even though Aster has to be credited with incredible resilience as they managed to make the second game a constant back-and-forth between the two teams. OG finding Winter Wyvern in Aster’s base meant the final blow for the Chinese in game two. Aster was not going to give up though, and game three was as tense an affair as the first two bouts, until OG’s strategy really started kicking in. Aster’s Du “Monet” Peng in particular was in the form of his life with Bloodseeker, but it proved to be insufficient for the Chinese team to break through the dozens of spells cast by OG.

While OG took home the title and most of the prize money, both they and Aster will feature at The International 11, the concluding tournament of the DotA Pro Circuit and the 11th edition of the event. The IT11 will be taking place in Singapore from October 15th 2022 to October 30th 2022.