ESL teams up with Spotify for the German-speaking market 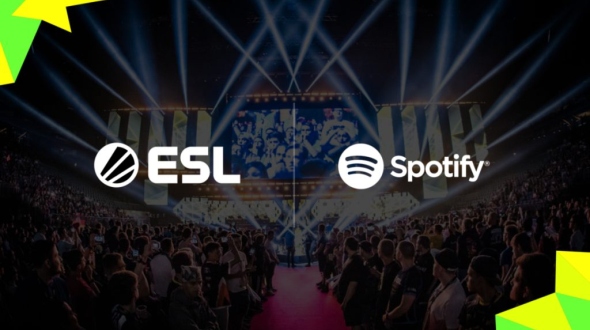 Another exciting development in the world of international esports, especially for German fans and players of Counter-Strike: Global Offensive. This week, esports event organizer ESL announced a long-term collaboration agreement with Spotify, the world’s largest music and audio subscription service. As part of the agreement, CS:GO’s German-speaking market will be provided with exclusive podcasts and a constant stream of music playlists, inspired by the hugely popular first-person shooter.

The two companies have actually already been collaborating since June, when Season 16 of the ESL Pro League Conference took place. The idea is to extend this collaboration to at least the rest of Season 16 of the EPL, which kicks off on the 31st of August. The Spotify deal follows a series of partnership announcement by ESL, who have associated with various brands for both Counter-Strike and DotA 2, including Acer’s Predator brand, ASUS and its Republic of Gamers, and Lenovo Legion.

In reaction to the announcement of the partnership with Spotify, Benny Eichelmann, Senior director of Global Brand Partnerships at ESL Gaming stated that “music and gaming truly go hand in hand, and we are therefore very excited to partner with Spotify and offer fans the best possible music experience”. He went on by adding that “The partnership is a natural brand fit as it combines the best of the undisputed leader among music streaming platforms and the world’s leading esports company. By working together we can now enhance the experiences of our German communities to enjoy both their favorite music and premier esports content”.

Not Spotify’s first venture into world of international esports

Just like ESL is not the first major esports brand to see value in the combination of esports and music, Spotify is no stranger to the world of international esports. Back in 2020, for example, the Swedish company closed a multi-year deal with Riot Games, developers of League of Legends among other titles. Spotify has been Riot’s official audio streaming partner since then, for a selected set of events. These include the All-Star Event, the Mid-Season Invitational, and as cherry on top, the LoL World Championship. In similar fashion, Spotify also teamed up with Overwatch League for the creation of five exclusive playlists in 2018.

The deal with ESL is a great example of how Spotify is clearly focusing on international esports as a potential source of growth. A big plus for the Swedes, as well as for ESL, is that the esports organization is already producing some quality audio esports content. American CS:GO pro Nicholas “Nitr0” Cannella, for example, who plays as in-game leader and entry fragger for Team Liquid, has had curated a playlist for fans and players on the platform for some time, while ESL itself also hosts a regular podcast called Globally Offensive.