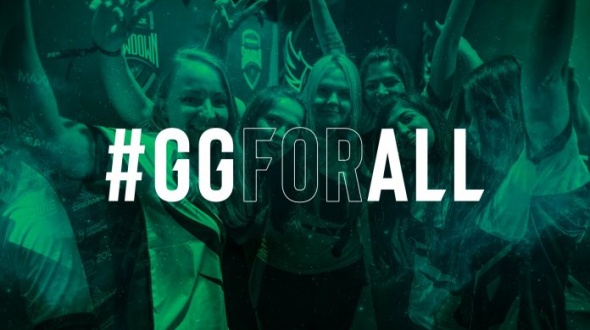 ESL, one of the world's biggest organizers of esports events and competitions, recently announced the creation of an exclusive Counter-Strike: Global Offensive competition for women. As part of the company's #GGFORALL initiative, the idea is to contribute to a healthier, more equal international esports environment and to battle discrimination. The new global league for women will carry a prize pool of no less than €500.000 in total.

What is this new international esports competition going to look like?

The new CS:GO league will kick off in 2022, though exact dates still have to be announced by ESL. What we know already is that the league will launch simultaneously in Europe and North America, and each region will have its own offline finale. Besides that, ESL will also be organizing several small events called cashcups throughout the 2022 season in which players can compete for cash prizes, as well as an independent tournament in the Spanish city of Valencia. As we mentioned earlier, the total prize pool for the entire initiative amounts to a whopping €500.000.

As far as each of the regional esports competitions go, they will each have eight teams competing for prizes and glory. The three best performers qualify for the region's respective offline finals during DreamHack Dallas and DreamHack Winter, both part of the renowned international DreamHack tour of premier gaming and esports lifestyle festivals. For the finals, the best team from Asia and the best team from South America are invited to compete as well. As mentioned earlier, dates have not been announced yet, but the expectation is that both competitions will be taking place sometime during the period between March and May of this year.

The #GGFORALL initiative and the new women's Counter-Strike leagues are aimed at providing women with the chance to show themselves on national and international esports stages. “By providing women with an infrastructure similar to the one that exists for male players, we want to give them more exposure, more visibility, and more opportunities in the world of international esports, and to offer them the possibility to work on their skills and improve”, says Roberta Hernandez, Senior Vice President of People and Culture at ESL. The initiative also nicely connects to the company's official slogan, “ESL Gaming, where everybody can be somebody”.

ESL, which is short for Electronic Sports League, is a German esports giant that specializes in the organization of esports events and the production of video game competitions worldwide. It's currently one of the largest international esports company in the world, with eleven offices and several television studios in different countries, and the biggest international esports organization to broadcast on the interactive livestreaming service Twitch. As part of their growth strategy, ESL has teamed up with various big brands over the years, including 1xBet and Intel. With the latter, ESL has agreed to invest $100 million in esports between 2021 and 2024, one of the biggest and most ambitious deals in the history of international esports.