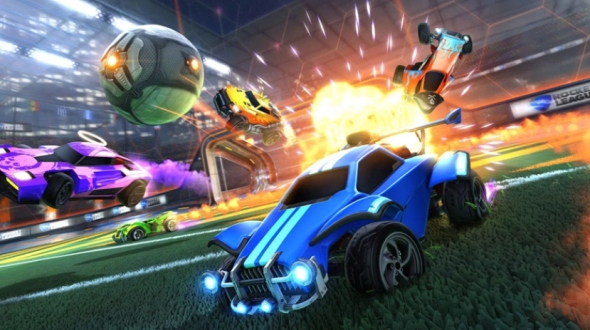 After plenty of requests from the community and a lot of discussion, the moment has finally arrived: Rocket League will be getting its very own battle royal mode. A revolution for both the world of Soccar and international esports, the new game mode will see the ball disappear as players scramble to make sure that their vehicle is the last one standing in a shrinking arena. In anticipation of its introduction on April 27th, we have taken a first look at what Rocket League’s battle royale mode will offer its millions of loyal players and fans around the world.

Despite some details only being revealed on the day of the official launch, Rocket League developer Psyonix has already published quite a lot of information about the upcoming new game mode. It will be called Knockout Bash and it will be live for players anywhere from April 27th to May 10th. The initial set-up of a match is identical of the regular game, with eight players vying for victory, though no teams will be formed. It’s every player for him of herself, helped by the Soccar skills they gained from playing Rocket League previously.

Though many of the skills needed to triumph in Knockout Bash will be very familiar for players and fans of the original game, players will also need to learn a few new techniques. These include Attack, to send your opponents flying, Grab, to throw opponents across the arena, and Block, to reflect an opponent’s attack back at him or her. At the same time, players need to pay attention to their surroundings in order to avoid obstacles and traps. As usual, a player’s vehicle can be destroyed three times before he or she is eliminated.

In Knockout Bash mode, players can also attempt to complete challenges. These challenges can earn them rewards, like the animated Flutterby Decal or the Florescence Wheels. For this, the goal is to win Golden Gift Baskets, which work like Golden rewards in Rocket League’s regular game mode. Completing Challenges will result in Golden Gift Baskets, which are filled with very useful classic items from the previous Victory, Accelerator and Turbo item series. When you complete a Challenge, these rewards can be claimed in your Inventory. The same Challenge can be completed for Golden Gift Baskets for a maximum of five times.